It's no secret that the winter of 2013-2014 has been a very big one for Snowy Owls.  Most of our sightings started in January  (we were otherwise occupied over the holidays - moving to a new office in Warren).

On New Year's Eve Day, we spotted the first of more than a dozen Snowy Owls on the Minnesota side of the Red River Valley.   Yesterday Lynne King spotted one about 3 miles east of the Audubon Center, and today I spotted one at the Agassiz Valley impoundment.  Mostly young females... but it was a treat to see a couple of little white males.

We see Snowies every winter in the Red River Valley, but this year has been special.  Get out and look - now!

Last winter the "big" owl irruption was of the smaller kind - the Boreal Owl.  This little guy showed up at our birdfeeders at dusk.


A week or so later, this bird was hunting mice at the woodpile.


Seeing Boreals is a mixed blessing.  Many of them didn't make it through the winter.  A total of 6 Boreal Owls were found dead in the Warren area last year.

Minnesota's smallest owl species - the Northern Saw-whet Owl was spotted in an evergreen up the road in Radium - near the Snake River.  I suspect there are more - especially during migration.


While these birds are known for being nomadic, they've declined to the point where I didn't see one last year.   Neighbors have complained about people shooting them - despite the fact that they are protected species.  Many succumb to collisions with vehicles speeding down minimum maintenance roads.  Two years ago, I was fortunate to see their wing-clapping display at 3pm on a cloudy spring day - just down the road. 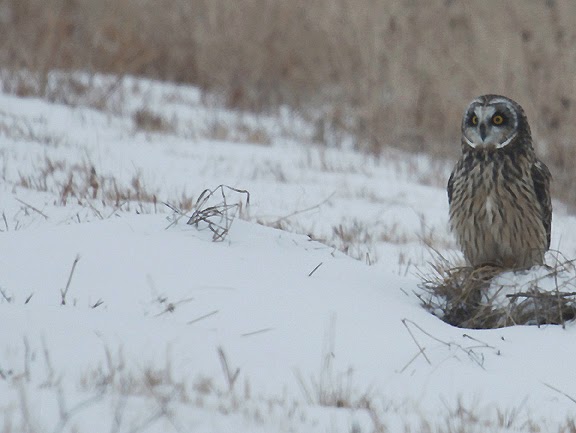 There are records of Long-eared Owls nesting at the Agassiz Audubon Center.  Vanessa Lane spotted one last winter...  We need to call them at dusk...

We have a resident nesting pair of Great Horned Owls too (a mixed blessing as they will eat anything their size and smaller - including other owls).  The little male hangs out on the 40-acre property owned by National Audubon/Audubon Minnesota every fall. 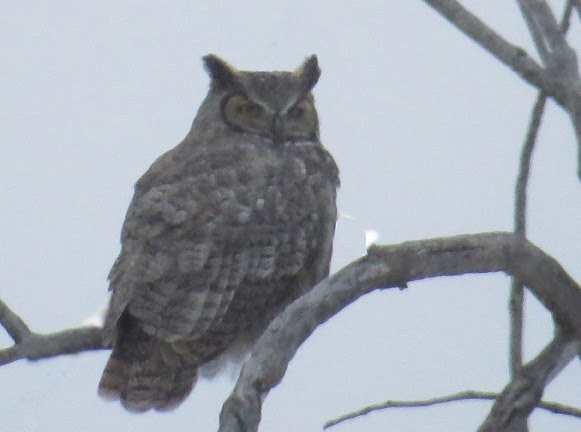 If you do come out to see the owls... please call first - we don't allow visitors to play recordings without permission.


Posted by Agassiz Audubon Society at 5:48 PM No comments:

Email ThisBlogThis!Share to TwitterShare to FacebookShare to Pinterest
Newer Posts Older Posts Home
Subscribe to: Posts (Atom)
Passion is good for you.
Studies show
following your passion
can lead to a longer,
healthier and more fulfilling life.