Josh Moe was out walking his dog in Grand Forks late Saturday night (March 21, 2020) when he saw a small owl pounce on a squirrel (note the furry tail hanging below the owl).  He went home to get his smart phone and took a picture.


Who was this tiny owl?  When he got home, he looked it up.

At first he thought it was a Northern Saw-whet Owl, the smallest owl in the Red River Valley at about 7-inches (an inch or so bigger than a Downy Woodpecker).


Moe sent his photo to Agassiz Audubon Society in Warren, MN asking if they could confirm the owl's identity.

"It isn't a Northern Saw-whet," said Heidi Hughes Agassiz Audubon's education coordinator.  "But," she said, "it's a close relative, a Boreal Owl (8-11 inches), a bird rarely seen in the Red River Valley."

In fact, the last time Hughes saw a Boreal Owl was 7-years ago in January, perched on a woodpile at the Audubon Center.

Named for their preferred habitat, Boreal Owls live in the northern forest of North America and Europe.  According to AllAboutBirds.org, these owls venture south during years when prey are scarce.  If you go out for a walk at night, mid-February through April, you just might hear their mating hoots.

For more information about these owls, their range, calls and behaviors, click on this link:
https://www.allaboutbirds.org/guide/Boreal_Owl/overview

Posted by Agassiz Audubon Society at 1:07 PM No comments:

Email ThisBlogThis!Share to TwitterShare to FacebookShare to Pinterest
Labels: boreal owl, owls
Older Posts Home
Subscribe to: Posts (Atom)
Passion is good for you.
Studies show
following your passion
can lead to a longer,
healthier and more fulfilling life. 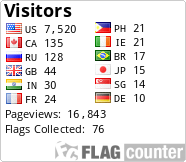